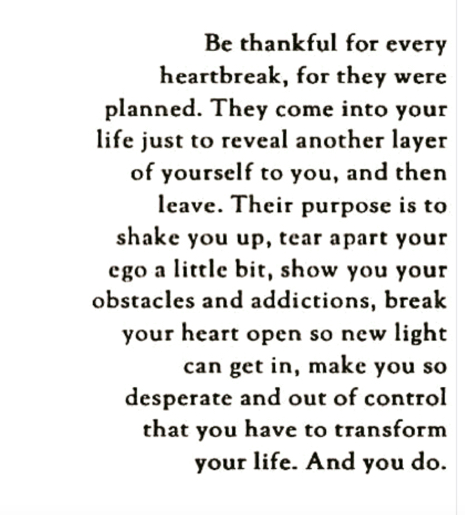 My soul longs for like-minded people.

Our country is diving quickly into totalitarianism, and I long to be with others who see this as clearly as I do.

This past weekend, I flew to NYC to see Michael Moore’s show on Broadway: The Terms of My Surrender.

Matt was supposed to go too, but his heart was never really into taking the trip with me to begin with. As he told me, he tries to “accommodate” me. It is a terrible feeling to know your son gives absolutely zero shits about spending time with you.

So when it became clear the day before we were to leave that he was just “accommodating” me, I cancelled his flight. I really have no desire to spend time with someone who doesn’t want to spend time with me. And Matt made it painfully clear he wasn’t going to go if we were going to fight.

There’s a lot more to all of this; suffice it to say that I no longer have a relationship with my oldest son; such a heart-breaking situation.

Ryan was so compassionate. While I was packing for the trip, he knew how I was feeling. He hugged me while I cried.

Regardless of Matt’s cancelling his participation in our trip, I had the most extraordinary experience once I got over my fear of traveling alone.

The hotel in NYC is near the airport, so I knew I’d be fine getting there. It was getting to and from mid-town Manhattan that concerned me. I’ve never hailed a cab alone so I knew I’d have to buck up and just do it.

The hotel called a cab for me and I paid $85 (including tip) to get from JFK to the Belasco Theater on 44th, between 6th and Broadway. It was worth it.

While there, I found a wonderful Irish pub (O’Donoghue’s on 44th Street between 5th Ave & Broadway) and had brunch while I waited for show time. While there, I met a lovely young lady from Galway who informed me how to correctly pronounce my Irish family’s home county – Leitrim (lee-trim).

First, this wonderful 93 year-old woman sat behind me. Her friends were so kind and caring of her. I made a comment about that and we started talking. Her friend asked me where I was from. I told her Seattle. She then asked if I came just for the show, and I said yes. She was so surprised and asked why.

I said I needed to be with like-minded people.

Kindred spirits recognize each other.

The show was truly wonderful.

Michael Moore has been a staunch advocate for authentic progressive values since a very young age. I feel blessed to have had this opportunity.

I stepped out of my comfort zone heading out to find a cab for the ride back to the hotel. I decided to use the Lyft app on my phone and WOW. It was great! The application makes it easy to see where your driver is – we found each other on a very busy mid-town Manhattan corner.

I arrived back at the hotel around 6:15 PM and decided to have dinner in the hotel’s restaurant. I found a lovely table with a private TV screen, so I had salmon and caught up on previous episodes of The Walking Dead (the season premier was Sunday night at 9 PM).

I made my way back to my room after eating way more food than I should have.

I took a hot bath and climbed into bed.

Loved watching The Walking Dead season premier, and the Talking Dead afterwards. I couldn’t fall asleep until very late as my body was still on Seattle time.

Unlike the night before, I tossed and turned all night. The energy from the show, and the realization that I no longer had a relationship with my oldest son was taking an emotional toll.

After catching the shuttle to the airport, I arrived two hours ahead of schedule – as planned. I decided to read a book (The Handmaid’s Tale by Margaret Atwood) while I waited.

When I arrived in LAX around 11 AM Sunday, the woman I met at the Michael Moore show on Broadway had replied to my comment on Michael’s facebook post! We found each other – again!

So many blessings all around!!!

I know it will take some time to heal from the fallout with Matt. He’s my oldest son and I love him with all my heart. I just can’t take the emotional abuse any longer.

Yes, it was my fault; technically I did cancel his ticket. But to be told I coerced him to go in the first place, and he was “accommodating” me hurt so much.

There’s a deep wound in Matt that I caused. I was harsh with him more often than not while he was growing up, and he’s had a deep-seated hatred for me since then. I did coerce him into the trip in the first place, which was a huge mistake.

I’m learning Life Lessons every day. I hope this one sticks so I can be a better parent to Ryan.

Here’s a few photos I took while there. 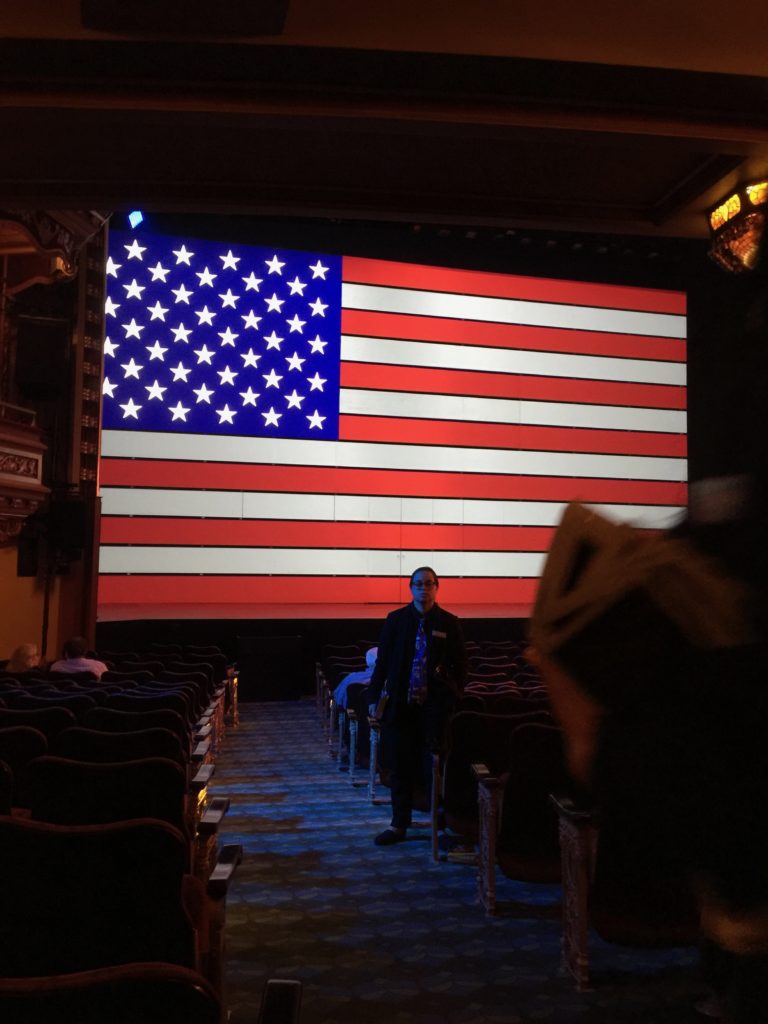 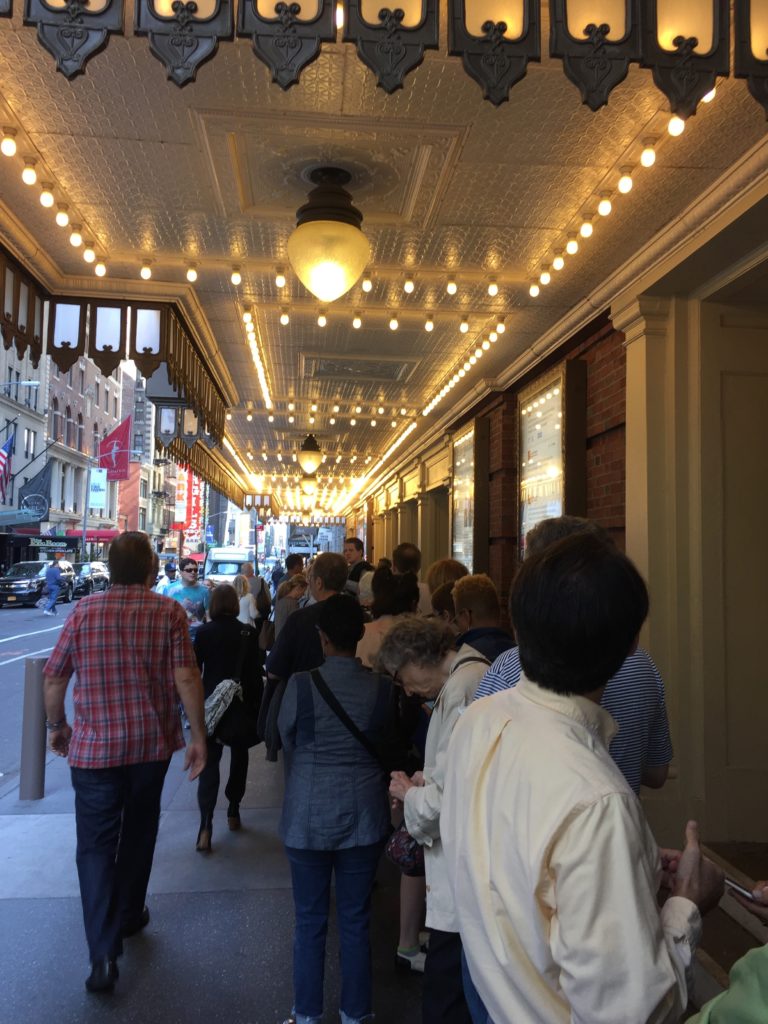 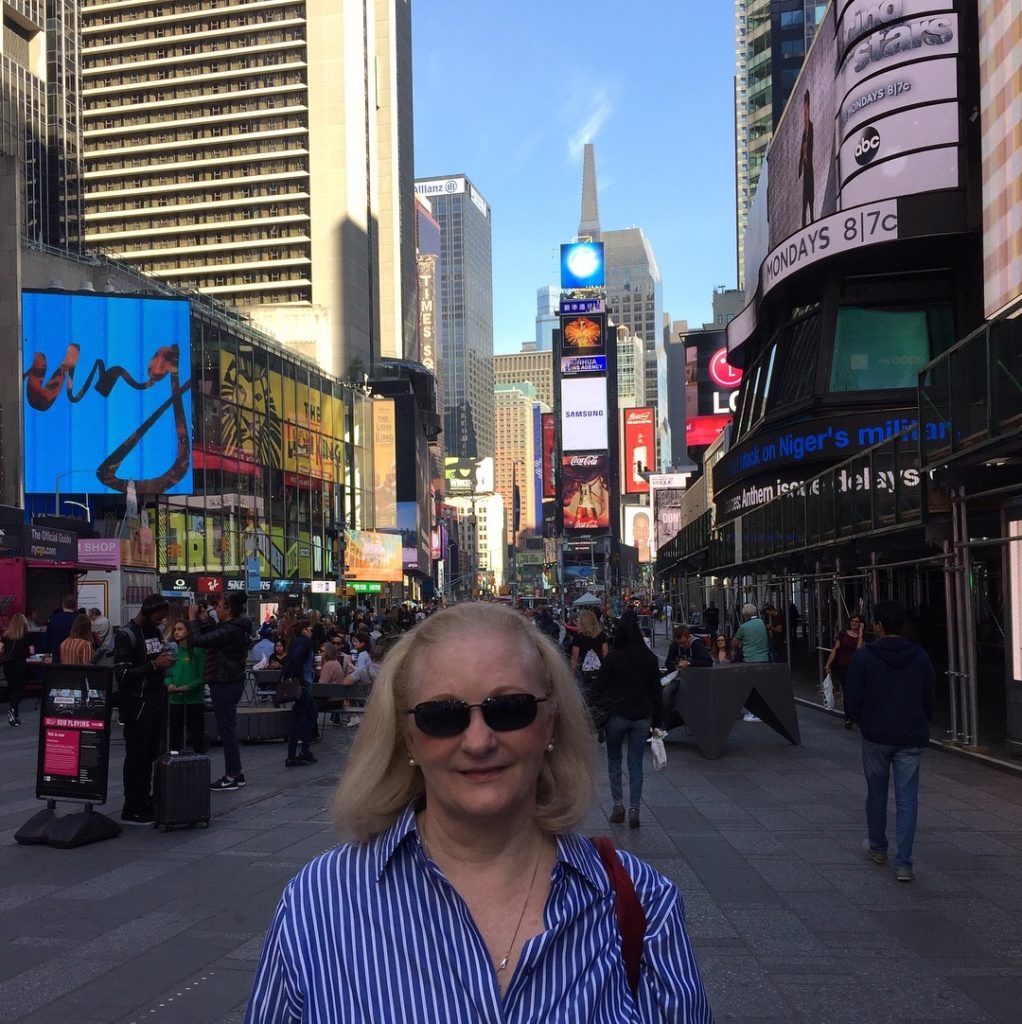 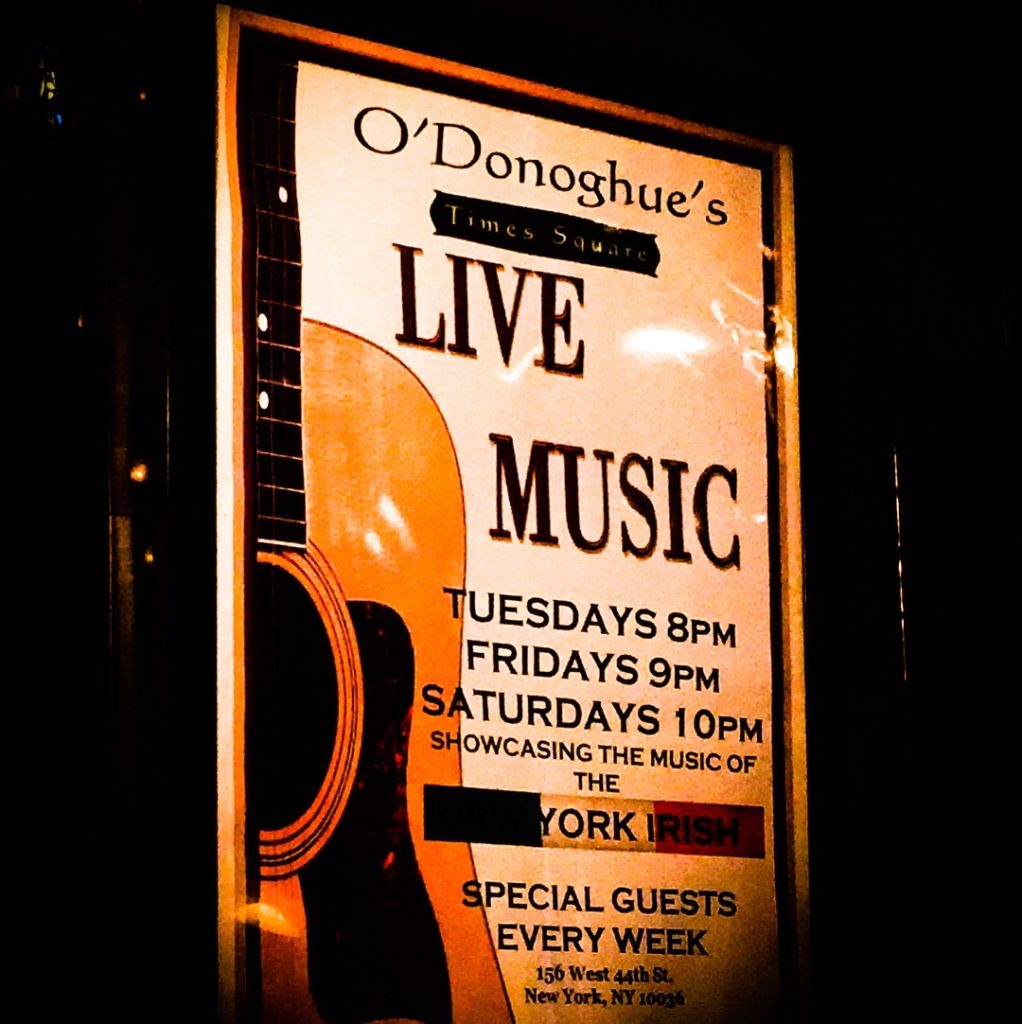 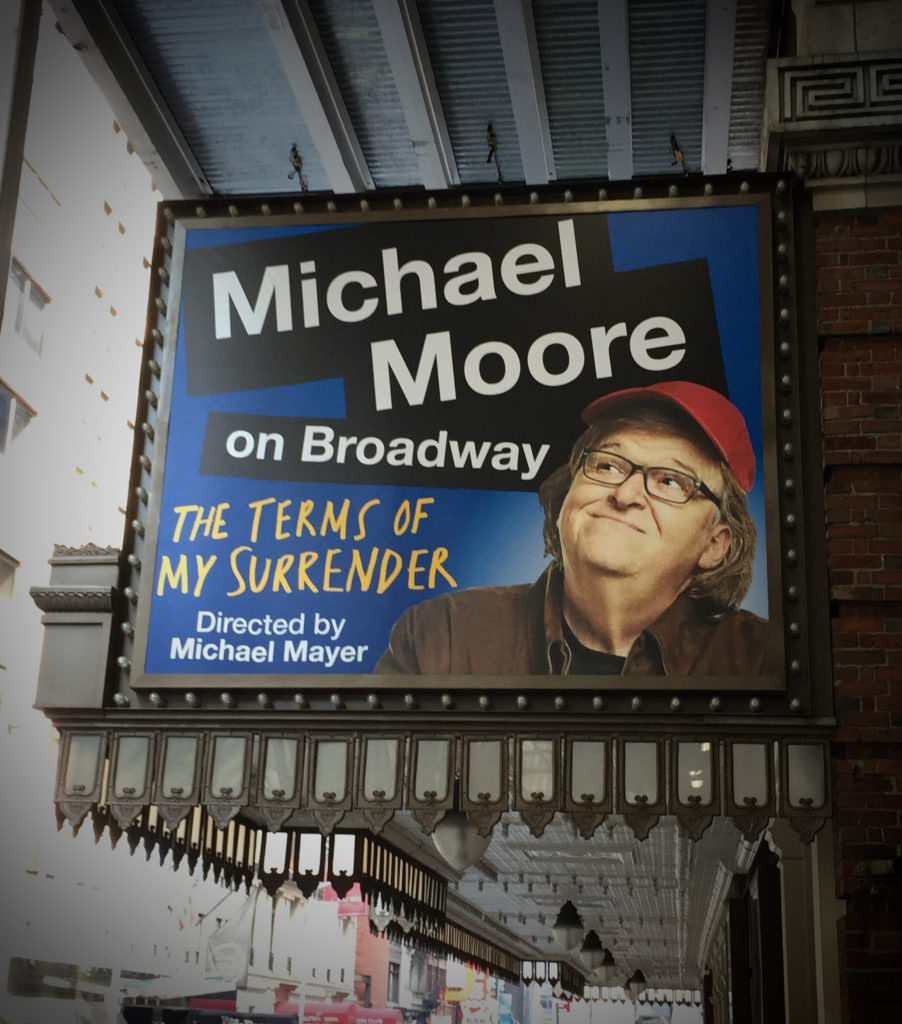 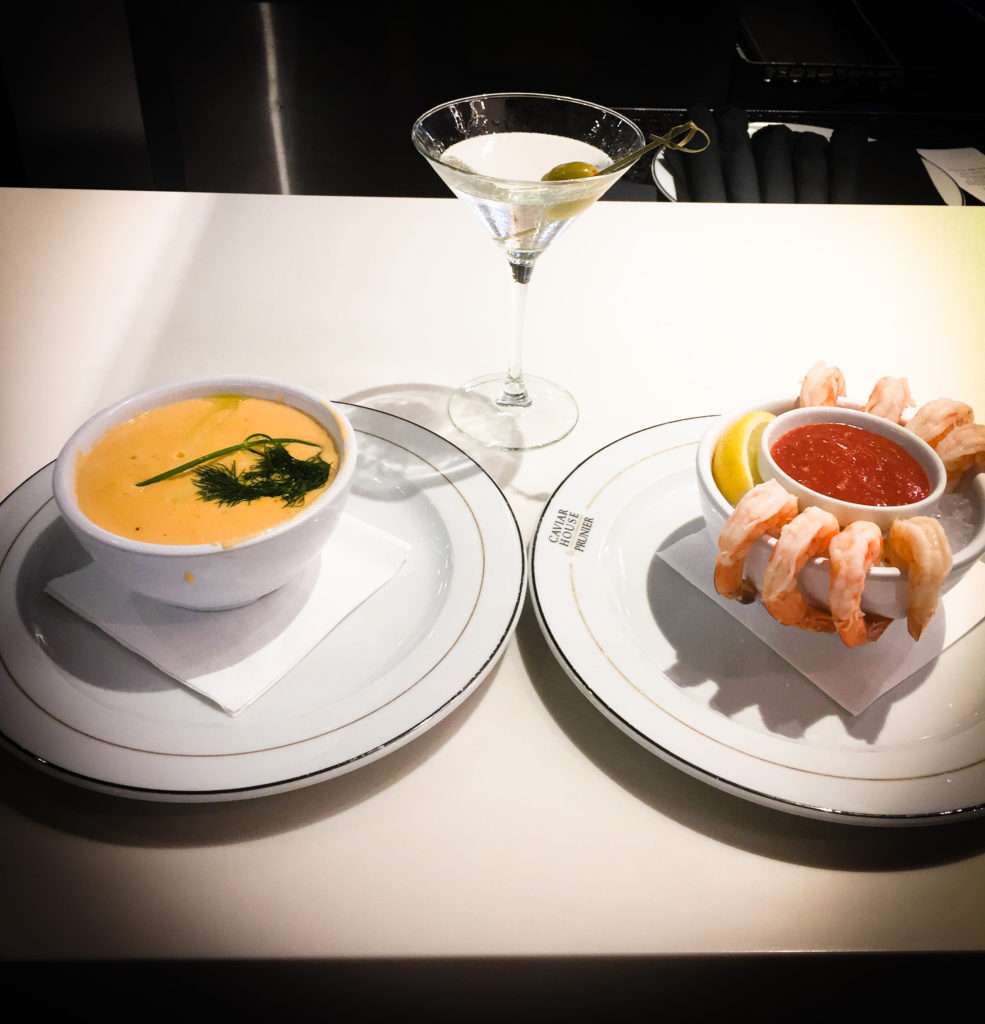 The energy in the theater was absolutely palpable! He’s a short video I took before the show.

I feel incredibly blessed to have been able to be there.

My best friend Kyle came for a long-overdue visit this past winter.

She convinced me to get my 13-year long overdue colonoscopy. I’m so grateful to have such a loyal, loving friend. 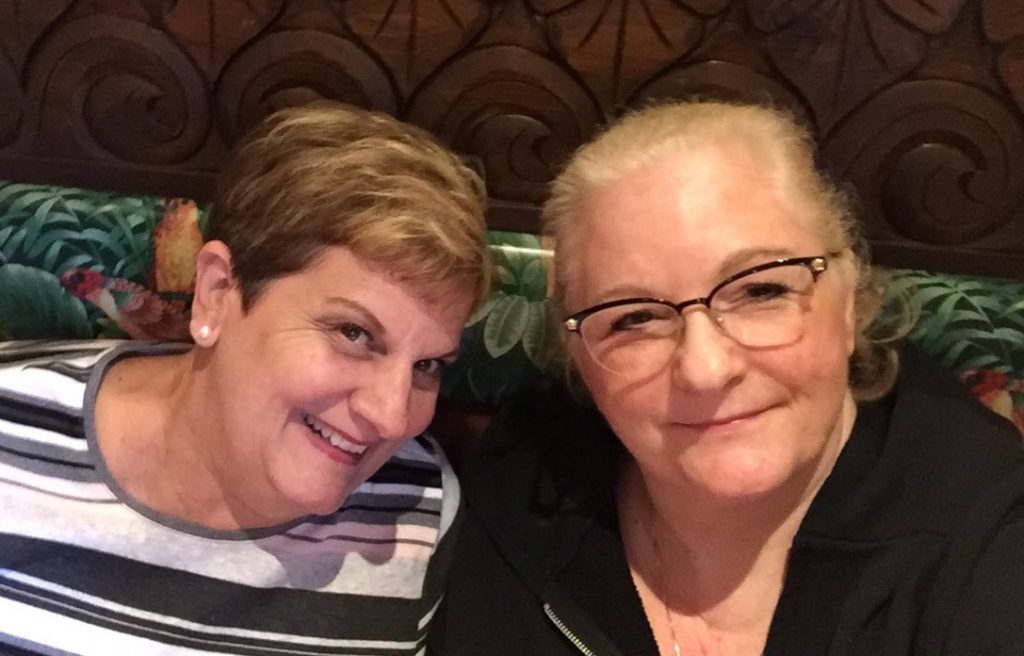 We here in the USA are not very good at really looking at the facts and truth.

The fact is we’re a nation built on a very ugly foundation of plutocracy, misogyny, and racism.

The truth is we’re a nation that has never valued deep, intellectual thought and education.

We’re a nation that has never truly supported the idea that we’re all in this together so we have to make sure we ALL do well.

These facts and truths are being played out right before our eyes; the otherwise intelligent but willfully ignorant masses refuse to even engage by voting, much less understanding how we got here. 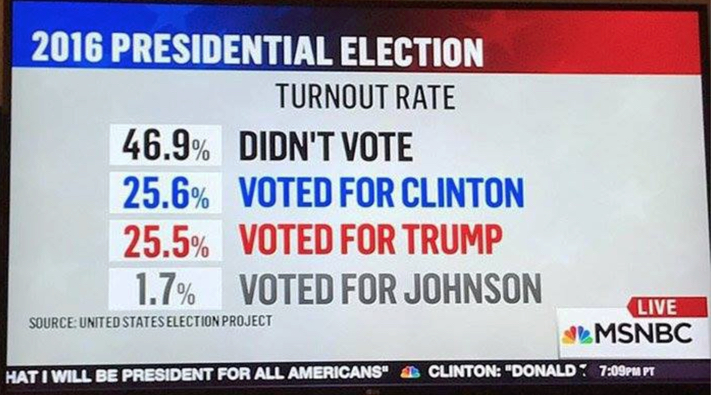 So yes, our CIA will point to Russia; because the hardest thing for us to do as a society is look in the metaphorical mirror that is being held up for us to see ourselves as we truly are.

Where we go from here is up to us.

Let’s look to the future here. What does a “successful” Presidency look like to you? I’ll go first:

Worth remembering when you watch your favorite cable TV news host https://t.co/LBhFgMYoY6 pic.twitter.com/bgLEZVrVti